I thought it might be a little complicated, or maybe just hard to understand with only text information.
I’ll explain it in an easy-to-understand way with images. 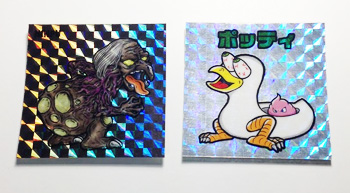 If I told you that these were actually the same character, you’d think, “What? Don’t you think?
In fact, when I create a board game, I get instructions for the characters from Mr. Adachi.

For example, if the character uses magic, has a violent personality, or has a special ability called “00,” I get the information about the character’s setting, and draw the character based on that.

Of course, there are characters drawn by Adachi himself and other artists, but there are also characters that Zineen drew according to his instructions.

By the way, I was actually planning to have other artists (Tsujino-san, Mizutani-san, Esaka-san, and Merfan Shimojo-san) draw the main characters for the board game. The monsters were supposed to be drawn by me and Adachi, but…

In the end, Adachi said that he wanted to use all animal characters, so the project was suddenly split up.

That’s why Love God Battle, Zanimane, etc. were not originally planned to be released. We decided to release them as an urgent homage to a sticker project that we had to do separately from the board game.

The same character can become something else with a different touch.

As I explained above, all the board games use characters that I have redrawn, such as animals and insects.

I hope you understand the meaning of the same character settings on both sides of the board, but even if the characters are the same, if the touch is different, they look different.

By the way, this character is an “enemy that poops”, right? (laughs) At first, it was supposed to be an enemy character like the one on the left, but… how did it turn out like this!

◆The professionals didn’t see the design! 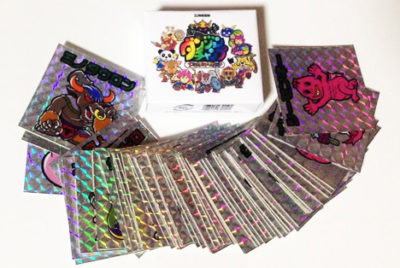 The sticker version of the board game has both <adopted & rejected characters> as stickers, but I made this one for comparison. The cards that come with the board game use only the characters from the adopted version. 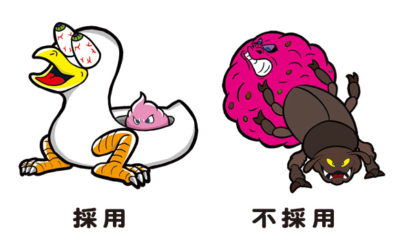 In this image, the left one is adopted and the right one is rejected, do you know why?

According to Mr. Adachi, “I choose characters based on their silhouettes. In other words, the design, or rather the picture, is not the criteria for adoption. 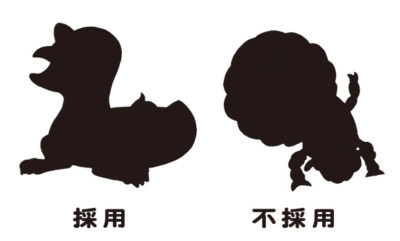 This is what happens when you visualize the correct answer. However, this is Adachi’s way of deciding. I’m sure not all industry standards are the same, but I think it’s a valuable opinion to know where the hiring standards were in the 80’s.

These stories are important information and articles like this one are highly valuable as a resource. However, the only way to communicate these stories is through writing and talks, so I’d like to take it one step at a time.

Input is the key to output, right?