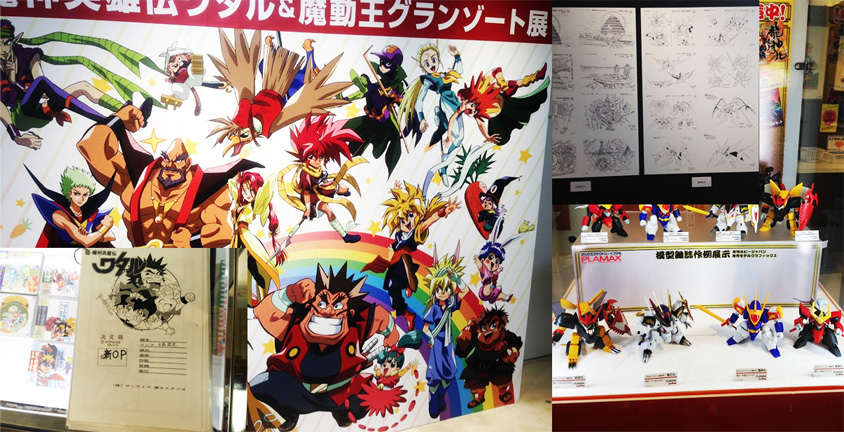 It was the last day of the Maishin Eiyuuden Wataru & Majidououou Granzort exhibition, so I forced myself to make time to go there in the evening, so I’ll write a review.

We were allowed to take pictures of the Mashin Eiyuuden Wataru exhibit.

I was allowed to take pictures of the Majin Eiyuuden Wataru exhibit, so I took a bunch. I was the only one taking pictures of everything, though. (laughs) I’ll give a brief introduction below.

There was a display of panels with setting materials from the anime. Apparently, the content of the exhibition was a little different between November and December, so I’m not sure what was changed. Anyway, I hope this gives you an idea of what it was like on the last day.

Exhibition of the storyboard of “Mashin Eiyuuden Wataru 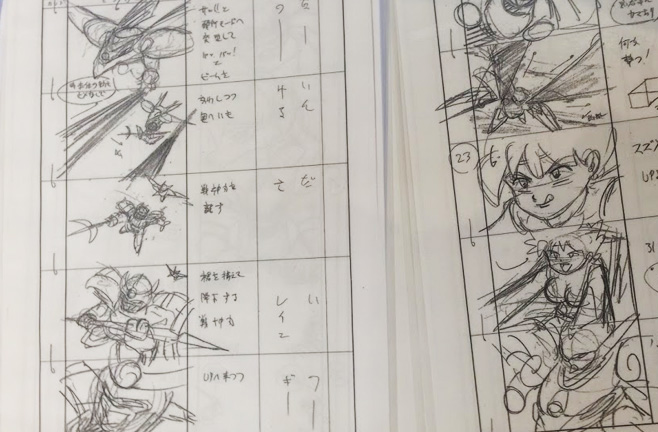 This is the storyboard. It’s in a file that can be viewed freely, but I took all the pictures. (laughs) There’s a lot to learn about how things are made and how much of a storyboard is needed to convey instructions. Input is important.

This is the prototype (left) and art board (right) of the Mashin Eiyu Den Wataru plastic model. The prototype has a gimmick that allows it to transform at the prototype stage, so it has to be made with a lot of calculation.

In this day and age, with the availability of 3D printers, it would be more efficient to use a PC to make a prototype for a transforming robot, but back then, all prototypes were made by hand using analog technology. 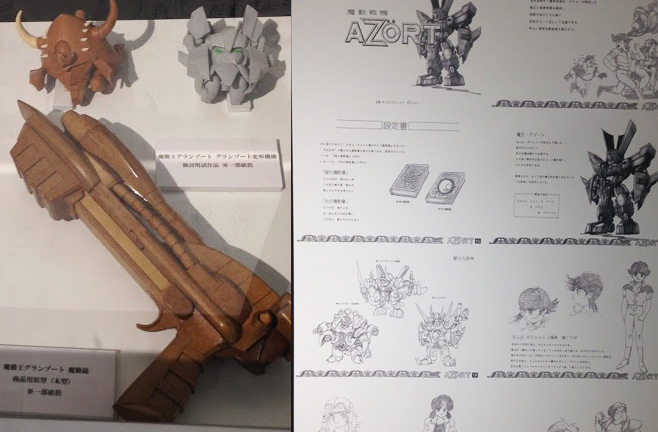 There was also a small display of the Demon King Granzord. The toy prototype of Granzord’s gun is made of wood. By the way, the eraser prototype of the Amada version of Kinnikuman is also made of wood!

On the right is the initial AZORT material for the Demon King Granzord. The initial Granzord had a different title and protagonist, and the characters were a bit more mature. At the time, Granzord was treated like a pastiche of Wataru and wasn’t very popular with children, but I think the initial plan was better because it differentiated the characters. (laughs)

The important thing about Mashin Eiyu Den Wataru is that no one dies. 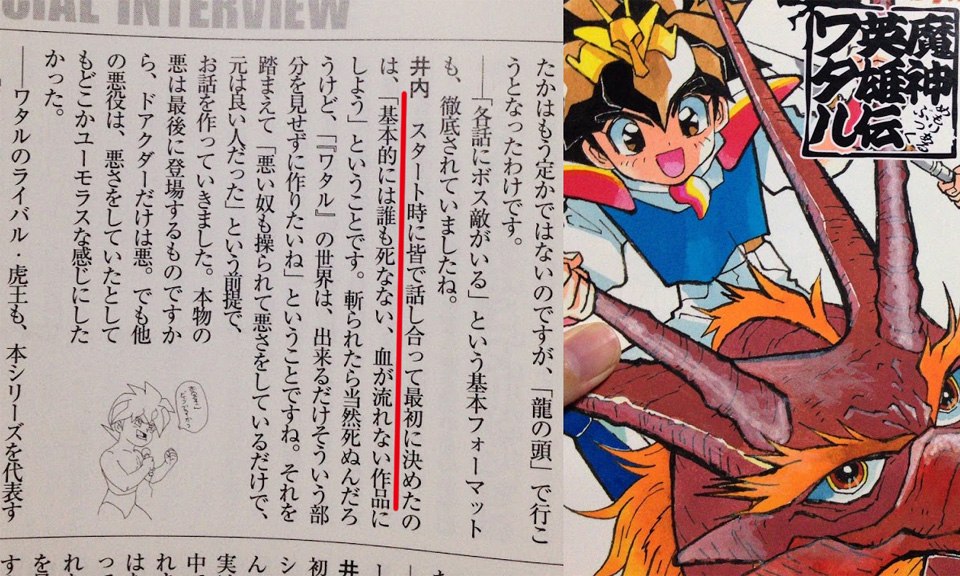 When it first aired when I was in elementary school, I always thought that it was an anime where no one died.

Mashin Eiyuuden Wataru was a project of Red Company, and the world of Wataru was created by Adachi-san (the fortress painter and original author of Necros), but he actually started planning the stickers first, not the anime. (I heard this from him.) At first, there was no setting where no one died, so I guess Hiroi-san and others came up with the setting for the anime.

I make art for kids! This means 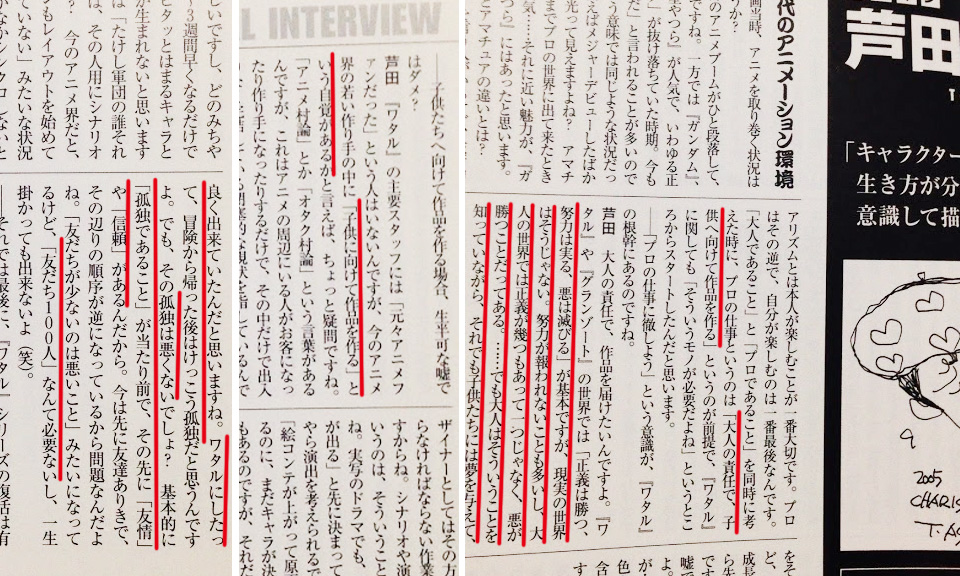 These are the words of Mr. Ashida, the character designer of Mashin Eiyuuden Wataru. This is a document that shows that this is how he felt when he was making the work. Even as an elementary school student without any prior information or knowledge, I could feel it while watching the anime, so I guess language is not the only way to convey a message.

It also says, “A professional’s job is to create works for children with adult responsibility. I think this is a very important thing.

We grew up watching Wataru and the like as children, and now that we are adults, are we able to pass on something to our children as adults? That’s what I mean.

For example, I’m making stickers as homages and collaborations, but of course today’s children don’t know Wataru. In fact, even those in their early thirties don’t know about Wataru, and even those of the real time generation will probably end up not knowing about it if they haven’t seen the anime.

Even if they do know about Mashin Eiyu Densetsu Wataru, I don’t think they would be able to understand the concept I’m trying to convey here unless they can think about it in depth.

But that doesn’t mean that I can’t make Majin Eiyuuden Wataru in violation of commercial law. So, the only way to do it is to create a legal homage or collaboration that recreates the time, and to convey it in articles like this. 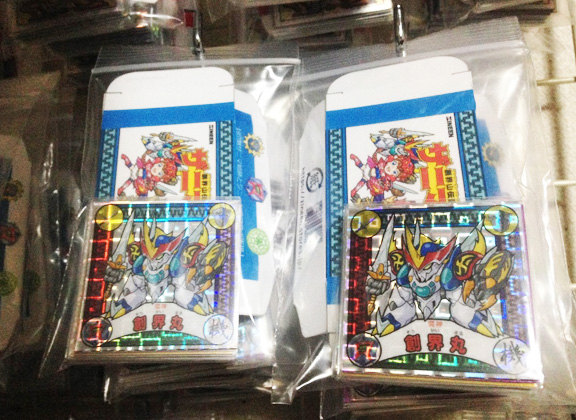 This is like a reconfirmation of what I felt back then, a sort of matching of answers. We learn by comparing the things we felt in our childhood with the materials of the people back then. If there is no input, there is no output, so if there is an opportunity to know the content of feelings and thoughts, it is necessary to pursue it and engrave it in your mind.

It is what you learn from that and how you act that will open the way.

The wisdom of our ancestors is what made us what we are today. This is how humanity has evolved. The past has become the blood and bones of the present. I’m doing the necessary rituals to create a new work for the next time. That’s how I perceive it.

Our ancestors, unknown to us in our childhood, have created works of art with this much in mind for children who are strangers to them. In Mashin Eiyuuden Wataru, all the bad guys just become good guys, and no one dies. But… reality is not always like that!

How will the children who watch the anime deal with reality when they grow up?

For me, it was not the anime that was important, but what it was trying to convey that was the important factor, and that has not changed. The concept of “Mashin Eiyu Den Wataru” was wonderful.

Is that the result our predecessors wanted, abuse? No, it’s not! I think so, so I’m taking action. I’m not a designer, illustrator, or animator, and I suddenly quit all my jobs and became a professional seal artist, but this action has a meaning! 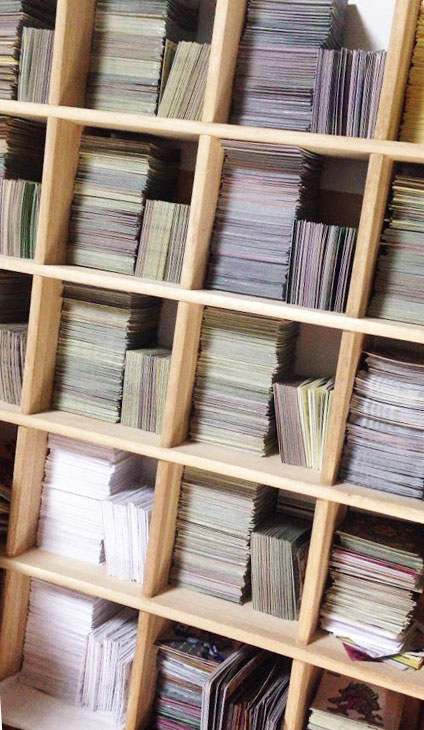 Do you really think that a world like this, where people are killed from the moment they are born, is the result of an evolved human race? No, it can’t be! I may not be very young, but I’m going to do what I can while I still have the strength. I’ll bare my fangs while I can still bite. I’m ready to do everything I have left to do.

One of them is the Zineen brand seal. This is the meaning of “from children to adults” that I have been saying since the beginning. The important thing is to receive the baton and relay it.

The messages that my predecessors tried to convey definitely reached me in elementary school. And even now, as an adult, I have not forgotten them.

With the permission of Sugimoto-ya, I am making a handmade version of the Demon Fist Warrior (old 80's version). I wan...

The Necros' Fortress, a shokugan (food toy) introduced here, was released by Lotte in the late 1980s. It was planned by...
August 24, 2019: Does the concept of character design exist?
【ZOMBO BALLS】Explanation
ホーム
BLOG（お知らせ）