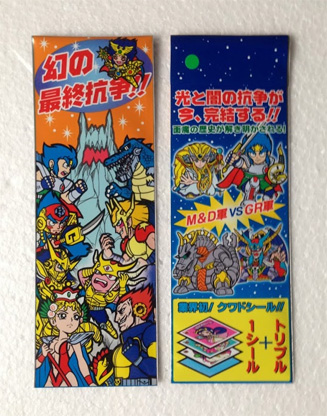 I received the last batch of stickers for the Wrestler Army (Ramenbaa), so I’m going to review them. But first, you’ll have to read my previous post from four years ago to make sense of it, so click below!

To summarize, the story is that the copyrights of the stickers that had been discontinued and not yet released in the 1980s have been sorted out and are now available for sale.

I heard that if you collect the first eight issues, you can get a reference book with all the stickers, so I decided to keep the book unopened.

It’s a hassle to take out the double stickers and peel them off (laughs).

…This alone would be boring story-wise, so I’m going to compare the 80’s version of the Wrestler Legion stickers (Ramen Baa) with this one’s sticker designs and story! 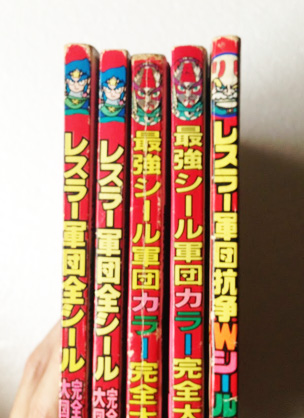 I’m going to take an excerpt from a resource book that was released back in the 80s.

I mean… it’s so dumb! The reference book!

What was the price of the reference book at the time? 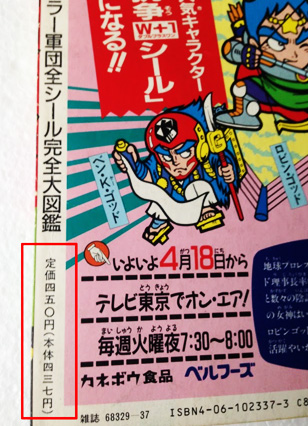 I’d like to praise my childhood self for having a stack of reference books! (laughs)

The picture of the face demon elder is slightly different! 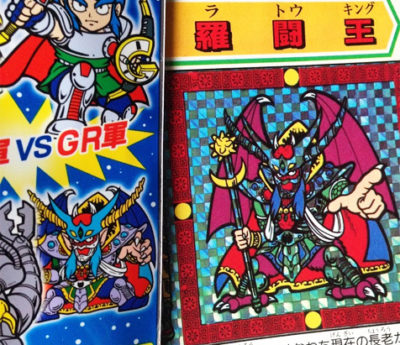 I heard that all the pictures have been redrawn, so maybe some details have been changed. There is also a fun way to look for mistakes. (The illustration of Bonbon’s elders is too small to identify, though…) 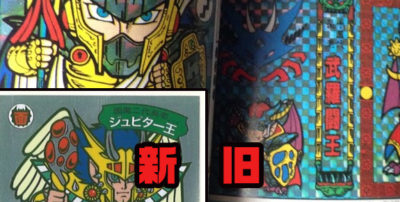 On the left is the current (2018 version) and the elder is the [aluminum] material. On the right is the 80’s version, made of “prismatic holo” material.

This is a material that is neither prismatic nor holographic, and is used only in the “AvanMera” sticker material and in the Elders of the Plane Demon (the three BIG versions at the time). 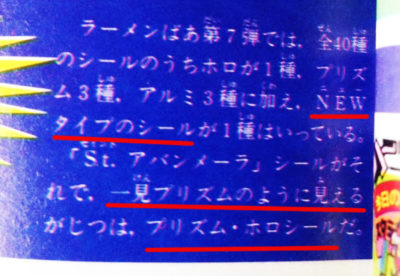 As described here, it uses hologram technology to represent a prism.

As for the reason for the material, you’ll have to ask “the person who was not a slime but a face demon elder when he reincarnated” to find out (laughs).

It seems that aluminum was chosen because the prismatic hologram cannot be reproduced in the modern age. (Technically, it’s the same as a hologram, so it costs more.

Compare to the manga version of the story that was not adopted! 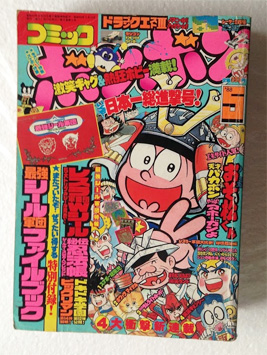 This time, the story of “The 14th Ramen Baa: The Phantom Final Struggle” was created by the same staff that gathered for the 1980s version.

Basically, they used the sticker endorsements from that time and the second anime version as reference material to build it.

Here you can see why it was never adopted! Here’s the manga version of the wrestler army (Ramenbaa and Gamla Twist), quoting Bonbon magazine.

Robin God is the face of the demon army! 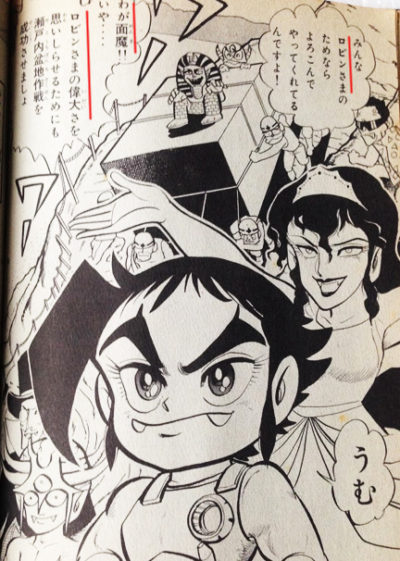 In the end, he fights and wins the battle against the Masked Demon Army, but Robin God is basically a character who is too powerful and out of control, but is also mentally immature and easily deceived. He also has a dual personality, becoming weaker when he takes off his belt and stronger when he puts it on.

Hoshiwakamaru is a woman, not a man! 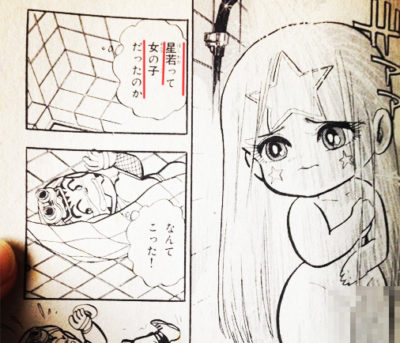 Because the genders themselves are different! I mean, except for the shower scene…

I’d have to put a mosaic between my legs! (Sweat)

Ganmura Dengshen Wang’s face is a mask and his true identity is an old man! 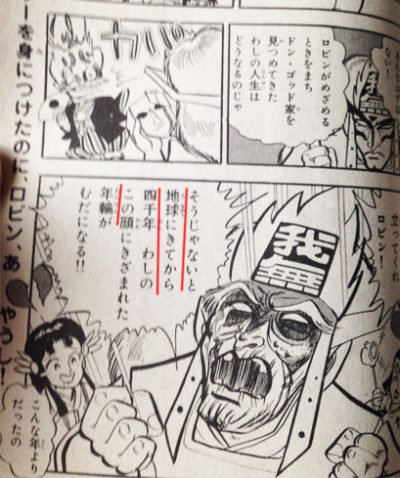 Even Damon Kogure would be surprised! (laughs) 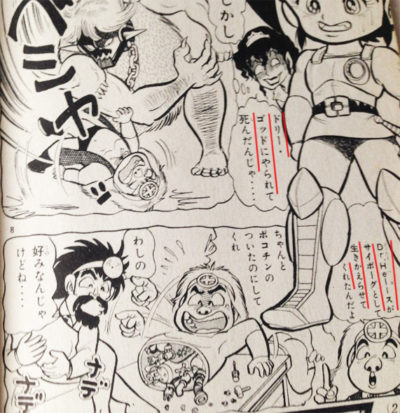 The main character of the manga version is “Saigo Ueno”, but after being killed by Dollygod, he is resurrected as a cyborg! (Sweat)

Do you know the TV magazine version of the Wrestler Army? 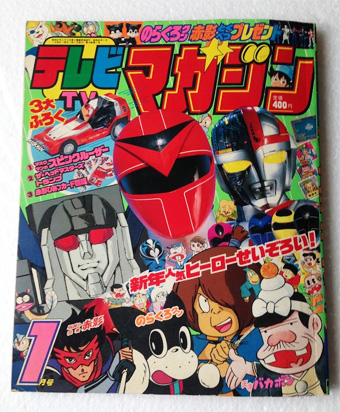 It is easy to forget because the Bonbon version is so famous, but the manga was actually published in TV Magazine as well. 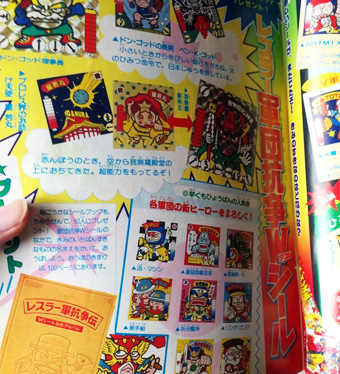 And of course there was that whole “Ramen Baba & Gamla Twist” sticker feature!

What is the content of the TV Magazine version of the manga? 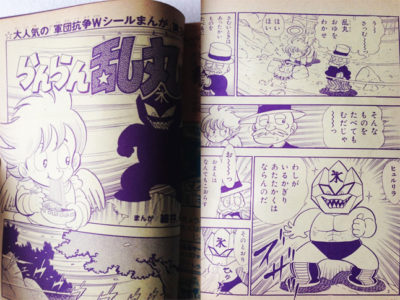 The main character is Ranmaru, who goes on a warrior training trip with Chancellor Donggod. (The Chancellor himself has made a rule that whoever wins against Ranmaru will be given the title of Chancellor by Don God. In this world, Ranmaru is the strongest wrestler.

This is a completely different story than the one on the sticker! (Sweat)

What is the content of the Wrestler Corps anime version (first season)? 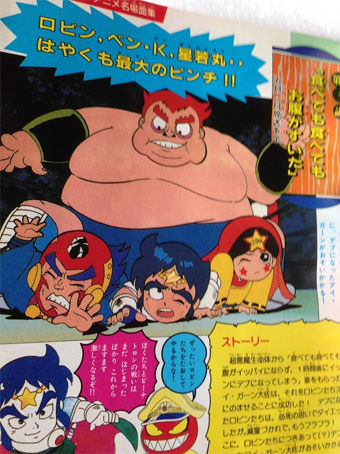 It’s a story about Colonel Aigarn getting tools from a super demon life form and fighting Robin God and his friends in a wrestling match.

The anime (second season) galaxy chapter Robin Jr. was a good one! 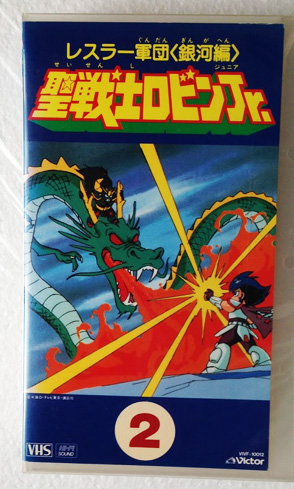 At the same time that “Ramen Baa & Gamla Twist” was released as mark2 (mark2), the second season was animated.

I mean… mark2 doesn’t have an endorsement on the sticker, so you can only understand the story through the anime! (sweat)

(sweat) The video of this one has only been released up to the halfway point, and although it was broadcasted on TV up to the last episode, it’s hard to find a video recording from that time… (can someone show me the video?)

That was my review.

It was the last day of the Maishin Eiyuuden Wataru & Majidououou Granzort exhibition, so I forced myself to make t...
May 4, 2018 : From Demon Fist to Demon Sword… a project to recreate the 80’s version of the Demon Fist Warrior!
August 24, 2019: Does the concept of character design exist?
ホーム
BLOG（お知らせ）