Kink erasers are probably the most representative of the Gacha Gacha of the 1980s. Since they established the genre of eraser dolls (you can’t actually erase the characters), which is different from plastic figures, collectors began to specialize in collecting PVC rubber materials.

This [Specter Wrestler] is a work that mixes important keywords of the 80’s such as “professional wrestling, Yokai, W stickers, erasers” and pays homage to various elements, but it was very difficult to develop the rubber material. 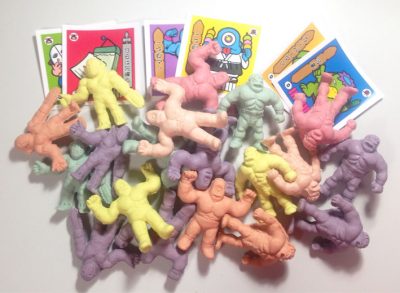 The marks are categorized as “East” and “West” because the whole story is about the battle between “Eastern monsters vs. Western monsters”. 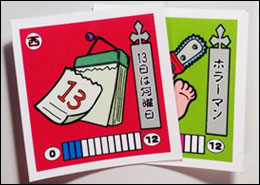 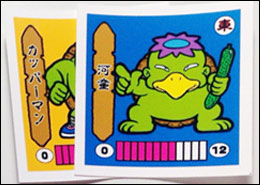 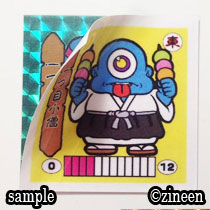 The prism color of the Kira Prism Sticker version is a random color. In addition, the power meter on the Kira Prism is at maximum strength, unlike the second normal meter.

There are two versions, one made of soft rubber and the other made of hard plastic. The rubber version is costly due to the fact that we can only make two units per day, so we decided to make a hard resin version (plastic-like material) available. (Size: approx. 4.5 cm) 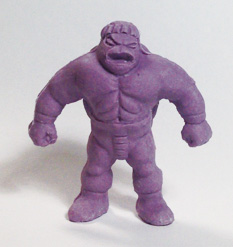 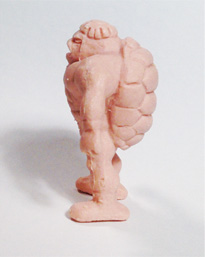 The soft rubber material comes in several different colors. Of course, the figure is sculpted on both sides, so it can be played with. This figure is based on the second design on the sticker.

The materials for the figure version include hard resin (plastic-like material), rubber material, and phosphorescent material.

There's only one soft vinyl in the world and only 12 stickers! The "dress-up doll soft vinyl and stickers" w...

◆A faithful reproduction of the fortress of Necros, authorized by the original author. This is a remake of t...

Explanation of the Horrorlympics (Yokai Olympics)

Why we can't use the title Olympics! In the 80's, there was an omake sticker called "Horrorlympic", which was a ...

「Stickers to ward off bad luck and evil spirits」Explanation

A sudden pandemic! Corona evacuation I was preparing for a variety of new projects other than stickers for 2020 ...

Collaborative artist biography: Kenta Mizutani / Kennosuke Mizutani In the 80's, he was in charge of the ill...
[Jankenpo] Commentary
「The Dendrogynous Castle of Metamos」 Description
ホーム
ARTWORK（作品解説）